I have a confession to make. When I first learned how to sketch fashion models and various fabrics, I remember being repeatedly chastised for drawing too wide of a nose and hips. It was like I had to re-learn the human body outside of my own shape or what I thought most people look like. Now, hey, fashion language is fashion language. And, fashion rules are ‘rules.’ Right? At this point, there’s just a few books being used to teach sketching, and an entire segment of our population is being ignored.

I’m not just talking about plus-size folks. I’m talking about anyone above a sample size. Anyone who isn’t at least five feet eight inches tall and skinny. And the largest segment, anyone who isn’t fair-skinned. It was funny that in class I naturally drew some color on my models while many others reached for the light pink marker only. Nothing wrong with that in class, but isn’t there something wrong with that in real life? 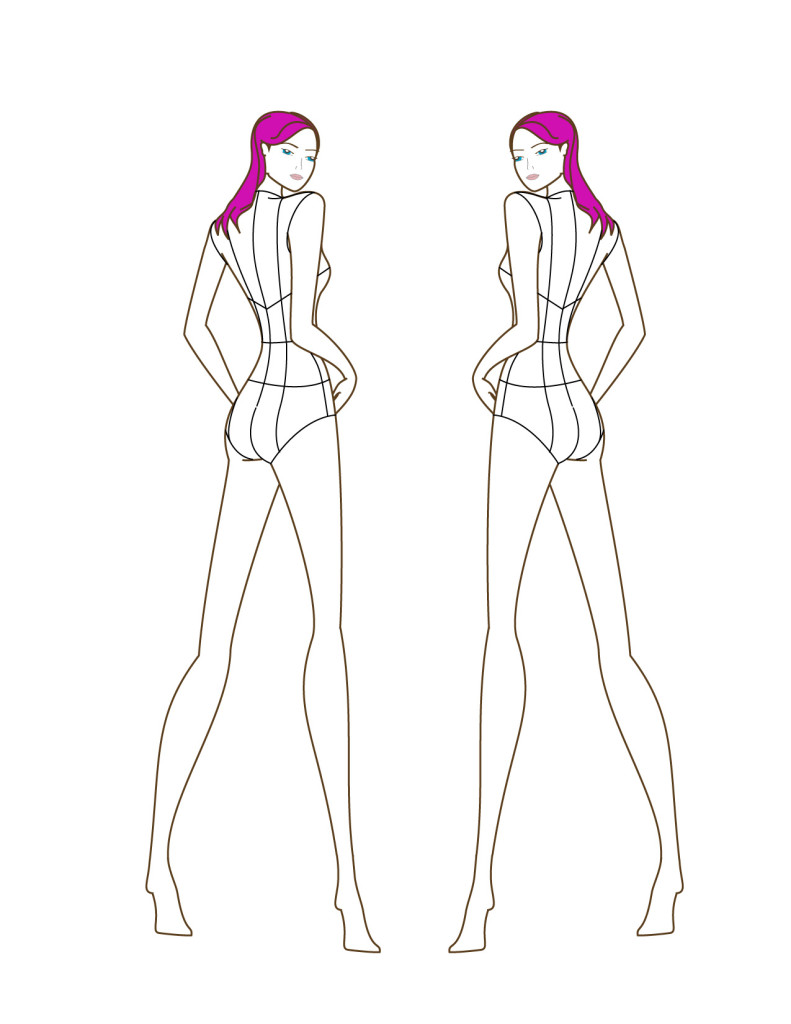 As Fashion Week (or month) approaches, we will all wait with bated breath to see the new Spring 2014 Collections, but we will also wait to see if anyone used a different marker for their models. That is, will we see any African-Americans or just plain non-white models on the runway? Recently, designers have missed the mark. And as the rich and famous (i.e. Rihanna, Nicki Minaj, Kelly, Beyoncé) continue to be a muse and advertisement for designers, what does it really say that they can be photographed in the merchandise but no model on the runway can look like them?

Now you may care less and really this is not about my personal feelings. This is business. The world does not all look the same. I have admittedly not done my statistical research but from what I know, non-white women buy and enjoy high-end fashion as well.  So why not break up the monotony of those fashion sketch models and moreover real-life models on the runway and represent the true diversity of the world?

According to the New York Times, fashion model Iman will be organizing a social media campaign at the beginning of New York Fashion Week to bring attention to the lack of diversity on the runways in the past several years. She contends that something is “terribly wrong.” Her experience in the 1980s and 1990s was that designers would routinely hire black models and now they barely hire one.

Whatever happens, I just hope that designers and the industry can wake up and see that huge business opportunities are being missed by completely ignoring of an entire group of people.